While most of America was recovering from celebrating the 242nd anniversary of the signing of the Declaration of Independence, on July 5, the Trump administration announced its “Intent to Nominate” Bill Bryan to become the Under Secretary of Science and Technology at the Department of Homeland Security. This action fills the vacancy created when Dr. Reginald Brothers left the S&T office at the end of the Obama Administration – almost 18 months ago.

Mr. Bryan currently serves as Senior Official Performing the Duties of the Under Secretary for Science and Technology at the Department of Homeland Security (DHS). As the science and technology advisor to the DHS Secretary, he leads the research, development, innovation, and testing activities in support of DHS operational components and first responders across the Nation. Previously, he was the President of ValueBridge International’s Energy Group and held leadership roles in the Departments of Energy Defense. Mr. Bryan is a United States Army veteran. He graduated summa cum laude from Colorado Technical University and earned his M.S. from the Joint Military Intelligence College.

There are many who would claim that the seeming lack of urgency in identifying a nominee for S&T shows a lack of emphasis on science and technology issues by this administration. But the S&T position was also one of the last positions filled in the first Obama term also. Apparently, for all of the rhetorical commentary about the importance of STEM education and jobs, the reality is that neither party has made it a priority when it comes to filling high-level vacancies at DHS.

This is NOT to suggest that the duties of the position have gone undone. As the official White House announcement notes, Mr. Bryan has, in fact, been on the job for quite a while – wearing the title of “Senior Official Performing the Duties Of …” For most people, that just becomes an unpronounceable acronym—SOPTDOUS. But for the actual person, it generally means that you do not want to serve in an “Acting” capacity because those positions are time-limited by law (the 1998 Federal Vacancies Reform Act). Three hundred days after a president is sworn in, officials who have been serving in an “acting” capacity lose much of their authority. To get around the 300-day limit, and to preserve an employee’s status as a full-time federal employee, we get the “SOPTDOUS” moniker.

In Bill Bryan’s case, it also means that he initially expected to be a career fed serving as the Deputy Under Secretary, a position that does not require Senate confirmation. For the past year, rumors have floated through S&T’s Vermont Avenue corridors that at least two other individuals were being considered for the position. Both were interested until the White House Office of Presidential Personnel mishandled communications and expectations, and both withdrew from consideration. Given the amount of time it takes to vet a nominee, the selection of Bill Bryan (no matter how worthy a nominee he may be) regretfully gives the appearance that he was the “last man standing.” 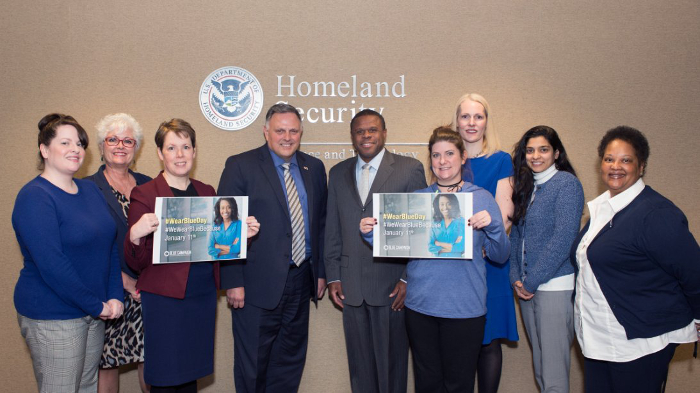 Of course, seeing your name on an “Intent to Nominate” list is a significant distance from seeing your name in the Congressional Record as having been confirmed by the U.S. Senate. And given the pending Supreme Court nomination hearings, the necessity to enact appropriations bills and, with luck, get a DHS reauthorization bill to the President (for the first time since DHS was created in 2002), there is very little time for Senate action on Bryan’s nomination. It is also an election year, lest we forget.

Should the Senate Homeland Security and Governmental Affairs Committee even schedule a hearing on his nomination, Bryan could expect significant questions about the direction he wants to take S&T. For the past few months, he and a small team have been working on a complete reorganization of the agency. Specific details have not been announced, even to S&T employees who will be directly affected, although several “all-hands” meetings have been held where employees were asked to provide input into the process, leaving many there to question whether process had supplanted progress.

“Give us more time,” they were told. More information will be coming out “soon.” Employees have no choice but to wait. Congress is likely not to be as patient. Should he get a confirmation hearing in the next month or so, Bryan will either have to explain the reorganization he has or will implement. Whether that affects the time-line of the proposed change is an open question.

Still, Bryan will not face entirely hostile Senate questioners. S&T has had precious little to do with any of the Trump Administration’s politically sensitive programs. While S&T views CBP and ICE as two of its customers, S&T has had almost nothing to do with the controversial programs that have congressional shorts tied in a knot. On the positive side, S&T administers one of DHS’ most successful programs – the Office of SAFETY Act Implementation. OSAI recently passed the 1000th award milestone. No other single DHS program has the positive economic and security impact of the SAFETY Act Office, and Bryan should not be shy about saying so when given the opportunity. It may be the best example of how DHS works with the private sector in all of DHS. (Disclosure: Our firm, Catalyst Partners, assists clients in obtaining protection under the SAFETY Act.)

Bryan will also have an opportunity to talk about the successes of the First Responders Group, one of the few state and local constituencies of S&T that gets high praise but little recognition. And he will want to describe the success and challenges the Silicon Valley program faces, among others. Additionally, he will have to explain how S&T works with NPPD on cybersecurity and critical infrastructure protection, as well as with the C-WMD office on chem-bio threats, an area where there has been a frustrating lack of transparency.

Bill Bryan may or may not become the DHS S&T Under Secretary before the end of calendar 2018. If he does not, it will not be because of his qualifications. He is well-qualified to do the job. His confirmation is about one thing only. It is about time.