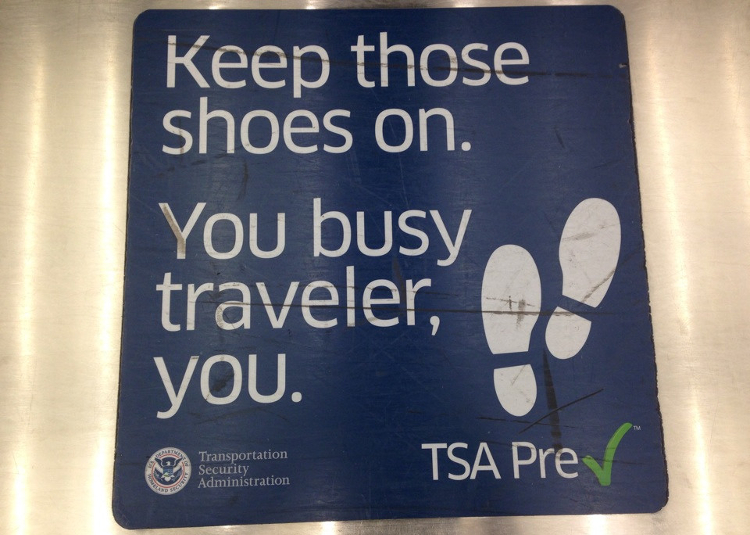 Recently, my wife, daughter, and I had the opportunity to use TSA’s Precheck. The Transportation Security Officers (TSO’s) were courteous and professional, which helped build trust and respect for them. But behind us was a somewhat difficult woman that the same officers were attempting to mollify. This traveler had an issue regarding the consistency of how TSA rules were being enforced across different airports. Just discussing the situation with the individual (including the specific reason for homeland security), respectfully addressing the individual, and informing the individual about how to minimize future encounters were signs of superior customer service.

Afterwards, I complimented one of the TSOs, and he suggested I relay the same compliment to his supervisor, which I did. She, however, had to fumble through her file cabinet before she could locate a wrinkled coffee-stained compliment/complaint form. Despite the seemingly antiquated method for offering customer input, TSA collects a variety of customer service data, which reveals a lot about how the agency is faring in the nation’s airports.

Below are the latest customer service statistics from TSA, from October 2017 through April 2018.

Starting with January 2018, the number of screened passengers decreased to approximately 57 million, down from 63 million the previous month. The number of checked bags decreased from approximately 50 million to 46 million. This represents between an 8% and 10% decrease, depending on which set of numbers you use. The fewest number of passengers screened was in February 2018 before there was a large uptick in March 2018, when 67 million passengers traveled and 54 million bags were checked.

All types of complaints received by TSA decreased for the month of January 2018, compared to the previous month. The screening procedures complaint rate dropped from 0.110 to 0.65 and the processing time complaint rate dropped from 0.265 to 0.179. These are reasons for TSA to celebrate and analyze what went correctly. But in February, even though the number of passengers and baggage decreased, the screening procedures and processing time rates increased. However, the personal property rates have continued to decrease to 1.026/100,000 bags checked by March 2018.

But there is concern regarding the complaint rate for “courtesy.” It increased from 1.376 to 1.395 per 100,000 complaints. It began decreasing in February 2018 and dropped even lower to 1.179 in March. However, the complaint rate for personal property increased from 1.102 to 1.161 (or approximately 5%). In other words, while TSA screened fewer passengers and fewer bags in January (compared to December), the rate of complaints actually increased. This should be as great a reason for concern as for the reason why the screening procedures and processing time complaint rates decreased.

The above table shows even more information including additional trends and challenges. As I have discussed many times, it is important to supervise from the data. Some airports are more challenging security environments than others (for various reasons), but regardless, making the necessary changes and striving to be better results in improved homeland security.