Who Should Be the Next Deputies at DHS and TSA?

With the unwelcomed (but somewhat expected) announcements of the departures of Elaine Duke as Deputy Secretary of DHS and TSA Deputy Administrator Huban Gowadia—both amazingly talented, dedicated public servants who helped stand up TSA (then part of DOT) and 15 years ago this week, the Department of Homeland Security—two more vacancies have been created in key leadership positions in the federal department that has the highest profile of any in the Trump Administration. 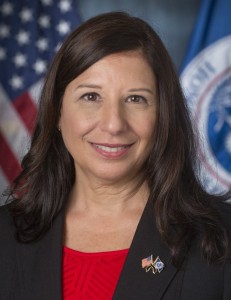 It has been my privilege to work with both of these remarkable yet very different women. Each, in her own way, has undertaken challenging assignments that would cause mere mortals to panic. But without seeking personal fanfare or self-promoting publicity, Elaine Duke and Huban Gowadia have quietly and effectively made the American homeland safer and more secure.

Duke dedicated her federal service to making the machinery of government work on behalf of the citizens it was designed to serve. Her knowledge of procurement, acquisition and personnel requirements allowed her to help the confederation of legacy agencies forming DHS to unify around a common mission while being accountable to congressional funders and oversight authorities. 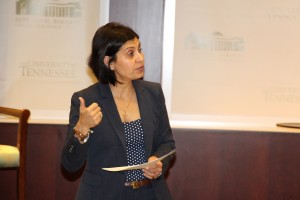 Gowadia brought her technical background and mission focus to the deployment of passenger and baggage screening technologies for aviation security at TSA and also to her leadership of the Domestic Nuclear Detection Office (DNDO,) helping to prevent an existential, catastrophic threat from occurring. At a time when DHS overall had low employee morale and employee engagement numbers, DNDO had high numbers in both areas. Filling their shoes will not be easy, but it absolutely MUST be done and quickly.

A few weeks after the election in November 2016, I participated in the old pundit’s game of “fill in the org chart,” suggesting in a Security Debrief blog post the six individuals I believed would make a good DHS Deputy Secretary. At the time, General John Kelly had not been selected by President-elect Trump to be the DHS Secretary, and I had no way of knowing whether any of the people I recommended would be a good “fit” for the incoming administration. Those six people were:

While each of these individuals is still highly qualified to serve as the S2 at DHS, we are in a different position today than we were back in November of 2016, both at DHS headquarters and at TSA.

To start, I am someone who believes that the Deputy Secretary (or Deputy Administrator) should possess the skillsets that complement those of the Secretary (or Administrator.) DHS Secretary Kirstjen Nielsen would benefit from having a deputy who has deeper administrative and management experience in the government. TSA Administrator David Pekoske would benefit from having someone who has DHS experience in budgeting, TSA stakeholder engagement, technology innovation and program operation.

Additionally, given the political realities of a divisive (if not dysfunctional) congressional process, getting a person through the nomination and confirmation labyrinth in an election year will be very difficult, if not impossible. That is why, assuming they share my sense of urgency, the White House should put forward individuals who already have the benefit of bipartisan congressional support and respect on Capitol Hill and whose background check could be performed quickly. 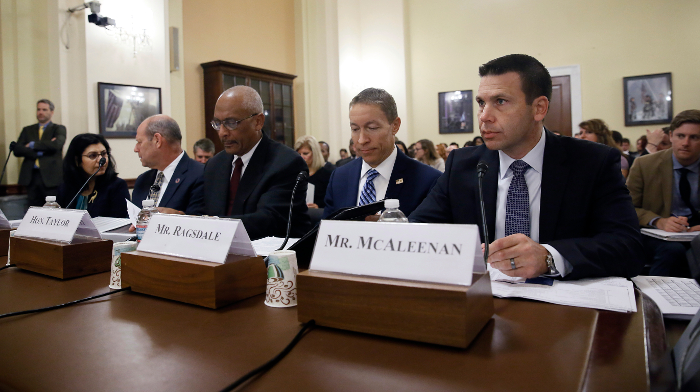 For those reasons, among many others, I believe the White House should elevate the nomination of Kevin McAleenan from that of CBP Commissioner to become the next Deputy Secretary of DHS. I also believe that Kathy Kraninger should be promoted from OMB and appointed to be the next Deputy Administrator of TSA. Neither McAleenan nor Kraninger should encounter serious opposition, given their qualifications, experience, demeanor, and depth of experience inside of DHS, on Capitol Hill, and in the greater homeland security community. McAleenan has already been approved by the Senate Finance Committee and is currently awaiting a Senate floor vote.

The immediate problem, of course, is that by moving McAleenan out of the CBP Commissioner’s slot, that vacancy will need to be filled. The list of potentially qualified people is relatively long and the White House Presidential Personnel Office, even if it continues to insist on applying an “ideological purity test” to possible nominees, should have no problem finding a good person for the position. If they don’t want someone on the current CBP headquarters leadership team, there are a number of CBP Port Directors and Border Patrol Chiefs who would be qualified to lead the agency. 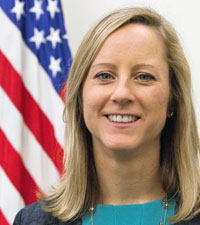 At TSA, Kathy Kraninger would be an ideal “fit” with Dave Pekoske’s leadership style. She would complement his Coast Guard experience with her own TSA, DHS HQ and Capitol Hill knowledge. She is a good communicator, a brilliant and quick thinker, and has the ability to work on long-term issues while simultaneously handling short-term crises. Her people skills are second to none. Since the TSA Deputy Administrator position does not require Senate confirmation, Kraninger could be appointed quickly, avoiding a gap in the position.

This is not to suggest that the other four individuals I recommended back in 2016 could not handle the responsibilities of either position, if offered to them. Each would do an outstanding job. Nor is it to say that these are the only people who are qualified. Yet, candidly, I don’t know of anyone who is more qualified and who could get through the vetting/confirmation process in a timely manner.

Whoever is selected will bear the burden of being in one of the most difficult jobs in all of the federal government. How they perform their duties may well determine the future of the American homeland. It is not a time for amateurs to learn while on the job, nor is it a way for politically motivated “ladder-climbers” to launch political careers.

America needs serious, trustworthy public servants who possess unassailable character strength and a dedication to the preservation of American ideals and aspirations. McAleenan and Kraninger are the right people at the right time in our history. I hope the President and his personnel office agrees.