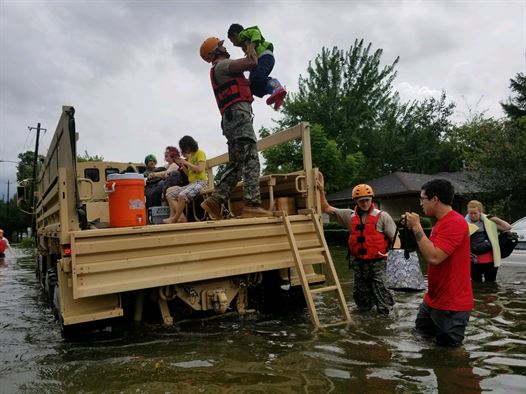 Coming back from their August recess, Congress has a “to-do” list to complete before the end of the fiscal year (September 30) that makes the first chapter of the Book of Genesis look like a rudimentary grocery list. With just a dozen or so legislative days to get its work completed (e.g., pass a budget/or continuing resolution; raise the debt limit; complete tax reform; confirmation votes; etc.), Congress now has to come up with a Disaster Assistance bill to look after the millions of people affected by Hurricane Harvey.

The politics of any Disaster Assistance bill are always challenging. Those who represent the affected areas want it passed as soon as possible and with as much flexibility and funds in it as possible. Those not affected by it often want to pause to review the finer details of the bill to understand how it is going to be paid for and how tax dollars will be spent. And then there are those legislators who want to sneak in provisions to fund projects that are often unrelated to the disaster that they think deserve funding too. Like any legislative exercise, it’s a sausage making enterprise.

Every disaster relief package has its challenges, and Harvey relief is not without its political challenges, but some hard, fast and difficult decisions need to be made even as another hurricane, Irma, is approaching the United States. Here are some points Congress should include to make its Harvey response and recovery effort even more effective.

Repairing a program that is more than $24 billion in the red (before Harvey’s costs are included) in 12 days is not reasonable or doable. But extending the program for at least 90 days so the program’s leadership and policyholders have a measure of stability is important, not just for their sanity but also greater economic stability for the insurance industry and the economy as a whole. There’s already a bipartisan bill called the Sustainable, Affordable, Fair and Efficient National Flood Insurance Program Reauthorization Act (SAFE NFIP) of 2017 that can address some of the previous NFIP shortcomings.

In its present form, SAFE NFIP would not only keep the NFIP program going but repair program pieces that critics have long called out. As unique as it is to see a real piece of bipartisan legislation, all you have to do is look at SAFE NFIP’s Senate sponsors to see who has been talking about this issue prior to Harvey. Each of the sponsors represent coastal states like New Jersey, Louisiana, Mississippi, Florida, Maryland and Massachusetts—all states whose residents have encountered significant water in one way or another over the past decades. After Harvey, we now have the tremendously powerful Texas Congressional delegation that no doubt will have some of its own thoughts and opinions to share on the future of NFIP. Those points and experiences need to come to the table, but it should be done in a reasonable amount of time with substantive hearings so policyholders, insurers, risk managers, underwriters, data/analytic experts and more can have their say to make NFIP more sustainable and effective.

Over the past decade, we’ve seen a number of major floods hit American cities. In fact, 2016 was the worst year for flooding in the United States since they started keeping records. Something tells me with just three months to go that 2017 will eclipse those costs and number. But let’s deal with facts for the time being. Today, we have more data than ever before from weather instruments, insurers, planners, emergency responders, actuaries, and risk specialists, to name a few. Congress needs to bring that data together and let that story be told. We need a clear, unencumbered story to inform decisions about mitigation, future investments, rebuilding, redesigning infrastructure and urban planning. More so than any other time in our history, we can make the most informed decisions possible about flood planning and community preparedness with data and analytics. 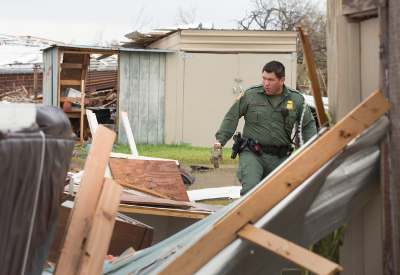 Whenever a disaster occurs, we want to assist those in need as soon as possible. Harvey has again revealed the good and boundlessness that is American generosity. Volunteers, organizations and government agencies of every type and background have opened their homes, boats, wallets, closets and pantries to assist those who lost everything. Yet, there are also those who creatively defraud and take advantage of that assistance for their own personal gain. It happens at every disaster, and as Katrina showed us 12 years ago, there are literally no boundaries or limits to where disaster funds can be spent. Congress should impose stronger penalties for such infractions, and it should also require that FEMA, HUD, SBA and other government disaster assistance distributors put in more aggressive systems to identify, prevent, and when appropriate, prosecute the offenders of fraud, waste, and abuse.

FEMA Administrator Brock Long has been rock solid in his leadership of America’s emergency management team during this epic-scale national event. Backed up by a phenomenal team of federal, state, local, tribal, military, civilian and private sector partners, he has truly risen to the occasion. But leaders like Brock do not do these things alone. He has to have other internal partners to rely upon to help him move the mission forward. When Congress left town in early August, it did so without holding the necessary confirmation hearings and votes for the two people President Trump has tapped to be Brock’s deputies at FEMA. Daniel Craig, nominated to be Deputy Administrator (the number two position at FEMA) and Daniel Kaniewski, nominated to be FEMA’s Deputy Administrator for National Preparedness (the number three spot), are two of the most capable people in the country to help Brock and FEMA team with not just what is happening on the Gulf Coast today but be ready for whatever disaster happens next–and there is always a next one about to happen somewhere. Can you say Hurricane Irma? And let’s not forget about the horrible fires in California.

To date, FEMA has been more than well-served by career people serving in “acting” positions, but there comes a time when “acting” needs to change to “full-time” and “in place.” Both Craig and Kaniewski possess the character, qualifications, experience and support of their homeland security colleagues. Just last week, the National Emergency Managers Association (NEMA) made a very vocal push for the U.S. Senate to confirm them. Leaving Brock Long and FEMA without the support and leadership they need is an abdication of responsibility. Everyone deserves better, and it’s time Brock had the additional support he needs to address and prepare for America’s bad days. 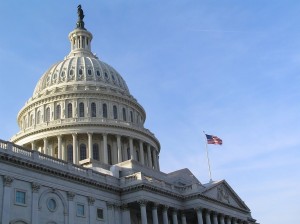 Include a DHS Budget Supplemental

With the exception of the Border Wall, the proposed Trump budget for DHS and its components (e.g., FEMA, U.S. Coast Guard) recommends some drastic cuts. While the Trump budget was dead on arrival even before it was released (as all presidential budgets are), the proposed cuts would gut the essential services we see being used today on the Gulf Coast that have saved countless lives and allowed response and recovery operations to get underway. No federal department or agency should be allowed to operate unencumbered with a blank check, but slicing beyond the bones of operations, grants and personnel fails to understand what these resources do in circumstances like we have in operation today. With more than 120 congressional committees with DHS jurisdiction, oversight should be the least of worries when it comes to seeing how tax dollars are spent by the Department. DHS has had its share of public messes and has been held accountable for those infractions. Let’s not do it at the expense of disaster operations that its components deliver.

It goes without saying that when 9 trillion gallons of water descend upon your community over several days, it’s going to cause problems. There are lots of people pointing to Houston’s rapid growth and shortcomings in urban planning as part of the cause for the rampant flooding the area has encountered. After-action reports and forensics on Harvey will reveal what is real, myth or falsehood about those causes, but before our country looks to spend another dime to rebuild anything, we need to start embedding resilience into our infrastructure investments. Including language in the Harvey disaster bill pushes the Trump Administration (and its successors) to think about the future. Patch and repair may work on a leaky sink or pothole but not on a city whose risk vulnerability is off the charts.

Today, we have more risk management systems, actuarial data analysis to help us understand what might happen in El Nino and La Nina years, or whenever weather goes awry, utility systems fail, terrorists strike, electric grids are compromised, and so forth. The old models of infrastructure modeling and investment are just that – they’re OLD! Our risks, threats and vulnerabilities have changed; so should the way we invest in our infrastructure. The data we have today from countless sources is telling us something, and it’s time we really listened beyond the political talking points.

As the Trump Administration considers a future infrastructure investment package that will make America great again, it needs to be sure those investments also make America resilient again for whatever Mother Nature, terrorists, hackers or whoever else throws at us.

For all of the ruin, death and chaos left in its wake, Harvey has also given us the opportunity to reboot our thinking for Houston, the Gulf Coast and the rest of America. I hope Congress does its part to help all of us get it right before the next event occurs.