With the announcement that TSA is now requiring all air travel passengers to “place all electronics larger than a cell phone in bins for X-ray screening in standard lanes,” we will undoubtedly encounter the customary grumbling that comes with an active and always-on-the-move public. That’s understandable. Every one of us who travels is always looking to avoid anything that might slow us down. And every one of us can recall that one, very special traveler who happened to be in front of us in the airport screening line who held up everything as they unloaded their pockets, belt, shoes and carry-on bags and somehow kept the entire system from proceeding normally and efficiently. 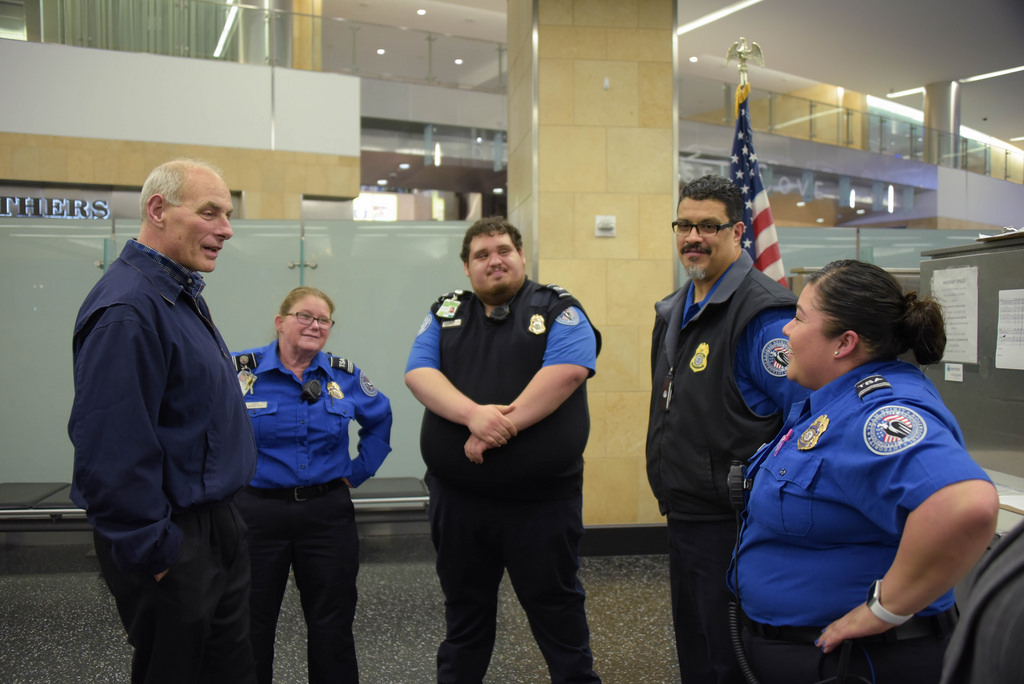 While there isn’t a lot that can be done to help that “one, very special traveler” in getting their act together (except maybe encouraging them to take a bus), there is a lot to be said and to applaud about how TSA is rolling out its new electronics and security screening process. After piloting the new screening effort in 10 different airports, they’ve made the decision to roll it out nationwide in the coming weeks and months.

Coming in the wake of security concerns about explosives being embedded into conventional carry-on electronics (e.g., laptops, tablets) and a prospective ban on having them being brought onto aircraft from certain Middle East and North African airports, TSA and DHS Secretary Kelly have been fine tuning the screening procedures to keep the traveling public safe and commerce moving. Secretary Kelly’s recent remarks at the Aspen Security Forum about explosive tests that destroyed an aircraft seemed to be more than enough for him to push the entire security system to make needed changes.

To TSA and Secretary Kelly’s credit, the entire security system responded quickly to an increasing vulnerability and evolving threat. While people are always quick to criticize TSA for whatever YouTube-able, late night comedian-inspiring moment that has happened on its watch, what we are seeing is the maturing of an agency with its training and procedural practices to a constantly evolving threat environment. Frankly, we should expect maturity and evolution from any organization that is more than 15 years old, but in the government, it is never that easy.

With frequent leadership vacancies, operational challenges, limited resources and more congressional cooks in the oversight kitchen constantly stirring things up for both good and bad reasons, TSA has been able to remain mission focused on safeguarding the public while being dynamic enough to respond and adapt to threats as they develop. The lion’s share of the credit for that success goes to the TSA workforce, but I would be remiss if I didn’t give a hat tip to former TSA Administrator Adm. Peter Neffenger for his critical adjustments and investments to the organization during his two years stewarding the organization.

It’s one of the reasons his successor and fellow Coastie flag-officer David P. Pekoske is taking helm of an organization that is in its best and most seaworthy shape ever. That’s the reassurance I see in the announcement about the security adjustments we the travelling public will be seeing in the coming days and months.

No security operation can ever afford to be static. It must be dynamic, ever-changing and nimble enough to address threats, be they utility knives, explosive-laden shoes, fluids, or electronics. We know an explosive-filled radio killed all of the passengers of PanAm Flight 103 over Lockerbie, Scotland. We know what 19 men with utility knives and four planes can do with limited training and unlimited mission commitment. We know lots more about the threat environment today than ever before, and we can never stop learning if we want to keep our safety, commerce and values from harm.

No security organization, be it TSA, the Defense Department or local law enforcement can afford to be rudimentary or repetitive and treat their operations as a “time to make the donuts” exercise, where the same thing is done day in and day out the same way. That’s not the world we live in and having an organization nimble enough to address those threats is what we need. TSA is looking to be up to that challenge like never before. That’s good for all of us.