The Kelly Doctrine – “I’ve Got Your Back” 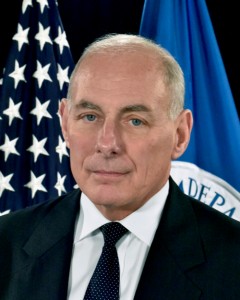 In his first set of public remarks since becoming the nation’s fifth Secretary of Homeland Security, John Kelly blew the doors off the conventional DHS speech that we’ve heard from the Department for far too long. Instead of reciting the history and reasons for DHS’ creation, the Secretary delivered a boots-on-the-ground assessment of what the Department does every day to fulfill its sworn mission. Like the Marine he is to his Corps, Kelly was tactically and surgically effective in making his points and getting Washington’s and the nation’s attention.

For most Washington observers, they will dwell and over-hyperventilate about the point in his speech where he addresses his Department’s critics and tells them to “shut up and support the men and women on the front lines.” As powerful and memorable as that line might be, it would be a mistake for anyone to misinterpret its meaning. Kelly and his team have one of the most Herculean of jobs to do in the face of an ever-evolving and dynamic set of threats. He detailed those efforts with crisp effectiveness (and footnoted sources in the posted remarks for those who wanted to verify his claims), but what Kelly declared loud and clear to the DHS workforce was simply this: “I’ve got your back.”

Talk about refreshing. Unlike the deafening silence from the Department’s leadership when then-Speaker of the House Nancy Pelosi accused ICE agents of “being un-American,” Kelly put the ball back in the lap of Congress to remedy that which they do not like. It’s stunning to have to remind a law-making body of their own responsibilities and powers, but the person overseeing some of the nation’s largest law enforcement forces did just that in his first set of public remarks.

That’s a helluva way to begin your stewardship of any Cabinet department, and Kelly seized the day and did it. And he got the attention he should. He reminded his audience that like all of the people he now leads, all of them swore an oath to support and defend the Constitution. That certainly includes respecting the oversight role of Congress, but there’s big difference between effective oversight and some of the armchair quarterbacking pot-shots by Congress and others that the Secretary has finally called out.

In our 24-7 cable TV, tweeting, must-post footage and commentary-now culture, Kelly is asking for full aperture perspective of what the Department and its more than 200,000 employees are trying to do to keep the homeland safe. Where something is wrong and needs to be addressed in how they conduct their mission, I have little doubt Kelly and his team will be empowered to address and correct it. But it’s a new day when the Department’s leadership turns back to look its critics in the eye and essentially say, “What are you doing to help the situation besides pointing out all of our faults? What are you doing to serve this mission while our people are in the trenches?”

There is nothing like holding up a mirror to your critics when you’re breaking your back to do your job (as the Department has been doing for nearly two decades) and forcing them to confront their own ownership of the mission. Kelly’s speech was not the same old Washington oratory, and that by itself signals a new day for the Department. But probably more important is a new doctrine coming from the front office of the Nebraska Avenue Complex from someone willing to say, “I’ve got your back”—and say it to some of your toughest critics inside Washington and beyond.

That’s bold, overdue and timely. The Kelly Doctrine is exactly what the Department and the entire homeland team needs to do its job.