CBP Needs to Improve Customer Service at Ports of Entry

U.S. Customs and Border Protection (CBP) is “America’s first line of defense,” and they must vet all individuals and cargo entering the United States. For cargo, CBP uses risk-based analysis and intelligence to pre-screen, assess and examine 100% of suspicious containers. Remaining cargo is cleared for entry into the United States using advanced inspection technology. For every interaction that occurs, at least one individual is on each side of the transaction.

CBP’s charge is vast—to manage, control and protect U.S. borders at and between ports of entry, keep terrorists and weapons out of the country, enforce hundreds of other U.S. laws, all while simultaneously facilitating trade flows and economic competitiveness.

In August, I wrote an article on CBP customer service at the Cape Canaveral Sea Port of Entry, one of our nation’s busiest. I used nationwide CBP customer service data from 2013 through July 31, 2016 obtained through a Freedom of Information Act (FOIA) request. A large portion of the service provided by CBP at Cape Canaveral is with cruise ship passenger arrivals, which means the interactions with individuals entering the United States can potentially impact future tourism spending, affecting CBP’s charge to preserve and enhance economic competitiveness.

In this article, I focus on some of our major land crossings that call for individuals and cargo to cross into the United States on a bridge or through a tunnel.

For this analysis, I looked at 16 bridges and tunnels considered ports of entry, some on the northern border, some on the southern. The table below shows that “employee conduct” was cited 11 out of 16 times. In 15 of 16 instances, employee conduct was either the most cited or second most cited complaint. But at Lewiston Bridge, in 2015, CBP received more compliments than anything else and in several instances; compliments were considered the second most prolific response.

The responses highlight the fact that many people entering the United States find employee conduct to be distasteful and complain about it to CBP headquarters. This has an impact on the agency’s economic impact and capacity to secure the homeland.

Solomon also notes that good customer service helps prevent “stupid stuff” from occurring. CBP has a question and answers tool with more than 500 answers about CBP policies and procedures. If agencies do a good job of making information readily available online, it can save time and money for everyone involved. And ultimately, great work yields less strain on employees. Solomon argues this leads to greater productivity, less absenteeism and turnover, and reduced retention costs. He believes that it may be deadening for some people wanting to come to work to do their best because they are stymied by a culture, system and leadership that are not interested.

Good customer service can lead to improved homeland security. Johnnie Muller, Security Director for Copenhagen Airports, writes that having relaxed passengers allows employees to focus on detecting unusual behavior. This has merit for CBP operations, which are already complex given the enormous volume of cargo and passengers that enter the country every day. CBP officers are excellent at discerning unusual behavior, but having a relaxed atmosphere can allow them to do a better job.

One way to achieve that is to improve customer service, and the data reflect that CBP has some work to do. 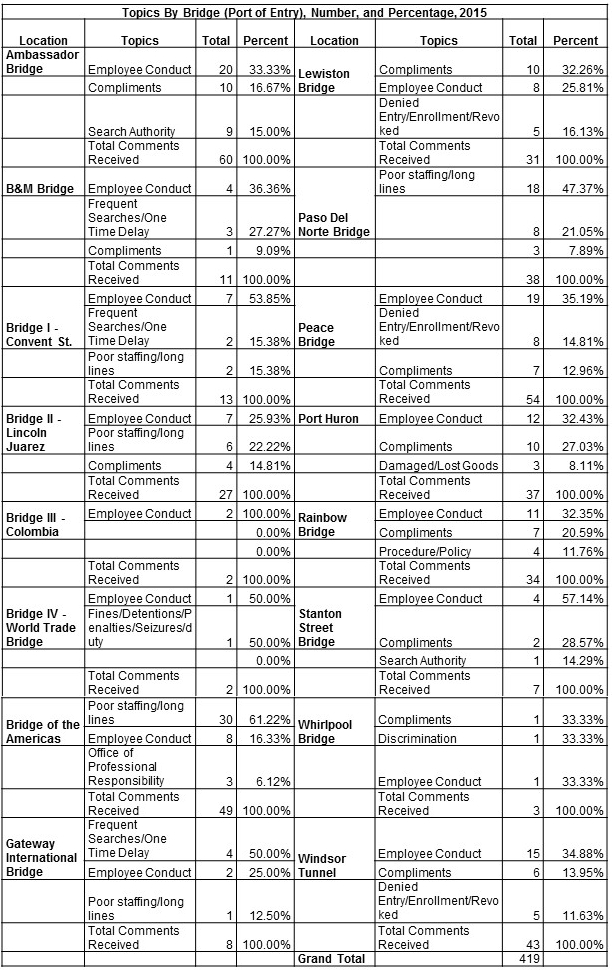