The Cost of Being a Big-Time Host – Is It Worth It? 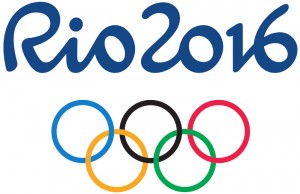 With the Olympics about to start and concerns mounting about Rio’s readiness to host the Summer Games, we are about to be inundated with news stories talking about the costs of the host country. It’s not an unfamiliar story – just one that gets updated either for the Olympics or for some other major event that a city or country hosts.

For example, while the final receipts are not totaled, it looks like the Republican National Convention (RNC) visit to Cleveland was not the positive financial windfall for the city organizers had hoped. In fact, a number of the city’s bars and restaurants surrounding the Convention area found themselves shockingly empty. Even hotels that expected to be booked solid had plenty of vacancies. That’s not great news for a city or state that was hoping to bring in significant tax revenue to help offset the tremendous security costs that were put in place to protect convention attendees. Experts had forecasted that the convention would cost around $114 million with Ohio taxpayers paying for half of the expenses and sponsors and private donations picking up the remaining tab.

Then there was the recent announcement by Wright State University in Ohio that it was backing out as the host of the first of the 2016 presidential debates, citing the skyrocketing security costs as the reason. While it certainly would be a tremendous honor and marketing opportunity for the state-run university to host the debate, it was going to cost the school $5 million to $11 million in security costs to safeguard it. Wright State’s leadership essentially said, “Thanks but no thanks.” In its place, Hofstra University in New York, who hosted presidential debates in 2008 and 2012, will host the 2016 contenders, making it the first time any university has hosted three such historic encounters.

While any of these types of events are tremendous opportunities to showcase a city to the world, the burden of hosting them is growing exponentially each passing day. Besides having the physical infrastructure to operate the event so it looks perfect for viewers around the world, securing the venue and its participants and attendees is the cost that seems to be the ultimate budget killer.

In an era where ISIS-inspired attackers and other lone wolf actors are finding more and more inventive and less complex means to kill and maim innocents (especially at large showcase events), host cities cannot afford to shortchange security. Personnel, training and equipment are not cheap, and if it is cheap, it’s probably not the quality you want to protect people.

Elected officials and local chamber of commerce leaders are always looking for ways to showcase their hometowns. Besides bragging rights, newsworthy photo ops, tons of free publicity, and the increased business and tourism that is generated by all of the “out of towners” coming to participate, major events have a way letting the public see a city in a new, and often positive, light.

But with the Rio Olympics readiness being questioned (along with the security preparations), the political convention cities literally fencing off whole sections of their downtowns to safeguard convention goers and protestors for protection (often from each other), and ever-increasing security costs, the same elected officials and local business leaders vying for their hometown’s place in the sun are probably starting to ask themselves, is being a host city worth it?

That’s a question I expect to see come up a lot during the Rio Olympics. A simple Google search of past Olympic venues will give you any number of stories and photos that chronicle how once gleaming facilities that welcomed the world and showcased the ultimate of sports competitions now lie in utter ruin and disrepair.

The news stories about the economic burden that the Olympics have put on Rio are beginning to eclipse those that were written about Greece when it hosted the Summer Games in 2004. And while those games are a memory and the once state-of-the-art facilities they created are now in disrepair, the construction, infrastructure, and security costs of those games remain very much a huge fiscal burden to the country that gave us the first Olympics.

Taxpayers, business leaders and elected officials always have challenges in figuring out how much money to spend on infrastructure, daily operations and essential services. Figuring out how much to spend on being a big-time host is daunting enough, but as security costs continue to climb and very real threats against those events and attendees continue to grow, it won’t be a surprise to me to see more cities and leaders follow the lead of Wright State University and say, “No thank you.”