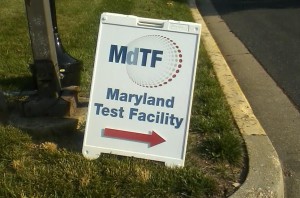 Recently, I had the opportunity to participate in an experiment to determine whether cameras and other devices could be conveniently used by the typical traveler in an airport setting. The goal of the Department of Homeland Security Apex Air Entry/Exit Re-engineering (AEER) program is to both transform the international arrivals process and put into practice biometric tools that can verify foreign nationals leaving from U.S. airports. The project is designed to transform U.S Customs and Border Protection (CBP) operations by employing commercially available technologies, re-engineering current processes, and introducing new capabilities. The programs is particularly focused on: increasing security while facilitating trade and travel; implementing operational capabilities required by federal legislation; and supporting the National Travel and Tourism Strategy. About 3,000 people will participate in the study, and around 50 people participated in my session.

The leader of the research team is Dan Martin, who was the Director of Research for the DHS Future Attribute Screening Technologies (FAST) program. Mr. Martin is a senior staff person for a small veteran-owned research and consulting firm, Martin Research Consulting (MRAC). Authorized research staff includes the sponsor, the National Institute of Standards and Technology, the Department of Health and Human Services, and the New England Institutional Review Board. Some people working at the test site were employees of Scitor Corporation.

At the beginning of the experiment, I was given a plastic wristband and a testing passport. Both had a unique identifier that linked me to these two forms of identification. The testing passport said “Maryland Test Facility,” AEER, “Homeland Security” and “Science and Technology.” The wrist band also had the date. I was then asked to walk through the testing area, with some luggage, as one would be walk through a normal airport. I was also asked to walk through the testing area several additional times, repeating nearly the same tasks. After each sequence of events, I was asked to fill out a small questionnaire documenting my experience and attitude.

At various times, I was asked to have pictures of my eyes and face taken, as well as my fingerprints. All of the cameras and instruments used were commercially available and none were experimental. My experience in the test center was also monitored by CCTV with audio.

The research protocol revealed the fact that the researchers are interested in following the movement of people through the testing facility to measure line waiting times, using WiFi and Bluetooth capabilities on participant’ mobile phones. This works by using a unique identifier, called a MAC address, which is already built into a phone’s hardware. They were attempting to use this form of tracking in the test scenarios. At the end of the session, I was asked for my impressions by completing a questionnaire. I was offered $100 as compensation for my participation.

In summary, I was glad to participate in the above experiment because others and I helped demonstrate what worked better and what did not. But to be frank, changing or managing the technology being used to shave a few seconds (at best) off of everyone’s time was the wrong focus. Instead, increased benefits by focusing on the interaction between DHS and the customer would be helpful in achieving the desired goals. The most time-consuming aspect of airport checkpoints is the process of dropping one’s baggage, pulling out necessary paperwork, talking with the DHS person, then picking up baggage and putting things back in order. Biometric tools are important, but much more is needed to accelerate screening.