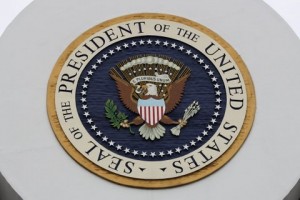 Regardless of how you feel about the presidential candidates by the time this grueling, cringe-worthy and enormously expensive election process is over, someone will be elected as the 45th President of the United States. With that election comes one of the most important government functions—the peaceful transition of power within the Executive Branch. It is supposed to be one of those moments where all of the acrimony between warring campaigns ceases as one is victorious, the other limps away into history and the business of governing commences.

But it hasn’t always been that way.

The transfer of power from one administration to the next has often been fraught with bruised egos, malicious leaks, character assassination, dirty tricks, withheld information and more. Just typical Washington stuff. But in 2008, the transition bar was set very high as the outgoing Bush Team made sure the incoming Obama Team knew everything they were supposed to know about running the government, as this was the first full-fledged power transition to a different executive since 9/11.

While the Clinton Team did their part to pass along the need-to-know information to the incoming Bush Administration in late 2000 and early 2001, the drama, confusion, and legal rankling of the 2000 Election recount and subsequent Supreme Court case dramatically cut into the time the Bush Team had to be prepared to run the government beginning the afternoon of January 20, 2001. Eight years later, then-President Bush wanted to be sure his successor and the new team had everything they needed to succeed on Day One of their term.

Leadership transitions are always awkward affairs for everyone involved. The incoming people always look at their predecessors as nincompoops who didn’t do anything right. The outgoing team looks at their successors as even bigger nincompoops because they truly don’t know what they’re getting themselves into with their new jobs. Regardless of how they look at each other, President Obama has already directed his team to make sure the transition to the 45th President goes even better than the one the Bush Team executed for him. That’s a credit to him and his team.

But amidst all of the three-ring binders of briefing materials, thumb drives of presentations, and password protected, encrypted sites the members of the transition team will have to consume after Election Day, knowing how to handle “the worst of days” is the most important.

One of the smartest things that happened during the Bush-to-Obama Transition was a series of high-level exercises so the Obama Team was exposed to the various people, operations and authorities available to them to address a given situation. Those exercises involved members of the incoming White House staff and Cabinet, the military, and other emergency authorities.

While no one can know when, how or where a “bad day” might occur, being primed and prepared for it is an essential leadership function. The Obama Administration’s efforts to coach and counsel their successors through the nuances of responding to these situations is even more important today than it was when the Bush team coached and counseled them 8 years earlier. While many of the same threats and risks (e.g., terrorism, Mother Nature, public health crises, etc.) exist, they have also become more complex and dynamic.

The team of the 45th President is going to have its plate full on Day One, but if you don’t have an understanding of how to deal with the worst of situations, how you handle the rest of the portfolio will not matter very much because public confidence in the new administration will collapse. That is not a success by any measure for anyone.

And responding to an epic bad day in America is a lot different than dealing with the rapid response operations of a political campaign. While public messaging is critically important to both, so is understanding the roles, responsibilities and relationships among the operational players at all levels of government, the private sector, the military and elsewhere. Knowing who those people are before a crisis, as well as having exposure to your own role and how you need to work together with others, cannot be faked.

FEMA Administrator Craig Fugate has long said that the last place you want to meet members of your overarching emergency response team is in the parking lot of where the incident has just taken place. You need to have those critical relationships beforehand, and his counsel is dead on accurate.

When the votes are recorded on November 8, the new relationship building needs to begin. Emergency exercises during the transition process are an essential component in supporting the next administration’s success. Not just because it is important for getting them acclimated to their new responsibilities and building public confidence in the new team, but because lives are depending on it.