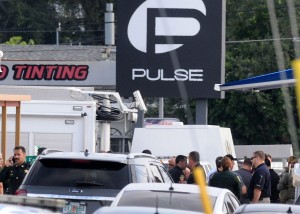 You hate to say “Rinse and Repeat,” but like clockwork, this tragic cycle seems to sadly replicate itself in numbing ways time and again. None of the Orlando shooting situation is acceptable by any means, where a country built on the premise of individual freedom and expression has those rights and abilities violated by a selfish and repugnant individual who believes his view of morality is best exercised by a weapon upon those who are different.

I will leave it to the law enforcement types to conclude their investigation and to the mental health professionals and sociologists to decipher how such awful behavior can be stopped. But that leaves the rest of us looking for how we can help.

Fortunately, thousands of Floridians and Americans have answered the calls to donate blood, but I would like to offer one other idea – increased public training on active shooter situations.

My old boss at DHS, former Homeland Security Secretary Tom Ridge, used to offer a line in his speeches about the need to increase one’s knowledge rather fear. If you are prepared and know what to do, you are more likely to know how to respond and act when a situation comes about requiring you to respond accordingly. That is what is called for now. No one wants to go through life looking for an active shooter situation, but knowing what to do and how to respond is a tool more people need to embrace and know how to use.

For nearly a decade, DHS has put forward guidance on how to respond to Active Shooter situations. Working with law enforcement officials, behavioral experts, emergency responders and professional associations, the Department has released its Active Shooter Preparedness guidance. The guide offers step-by-step instructions on how to act should such a situation occur.

Until the Orlando investigation is complete, we will not know for certain what took place within that nightclub before police entered, but we do know from initial media reports that people fled (and attempt to flee) the area, as well as attempt to hide (and even play dead) to escape the killer’s rampage. Furthermore, no one can guess how they would have react in a similar situation, but a willingness to learn what to do in those circumstances is one more tool to support your survival should a bad day occur.

Sadly, over the past few decades, we have also learned that no place is immune from an attack. Churches, movie theaters, marketplaces, shopping malls, schools, restaurants, playgrounds and more have all become places of carnage. No place and no one is sacred to the monster who believes their induced carnage is the right answer for whatever grievance they think they are addressing.

Training on what to do in an Active Shooter situation will not solve the scourge of violence, but it does offer a way for individuals, organizations and communities to take steps to try and save more lives. These tragic acts must not be seen as commonplace, but they have become a chronic public threat to which there are no immediate or easy answers. Today’s threat paradigm is growing and being prepared for it is essential for our security and survival.